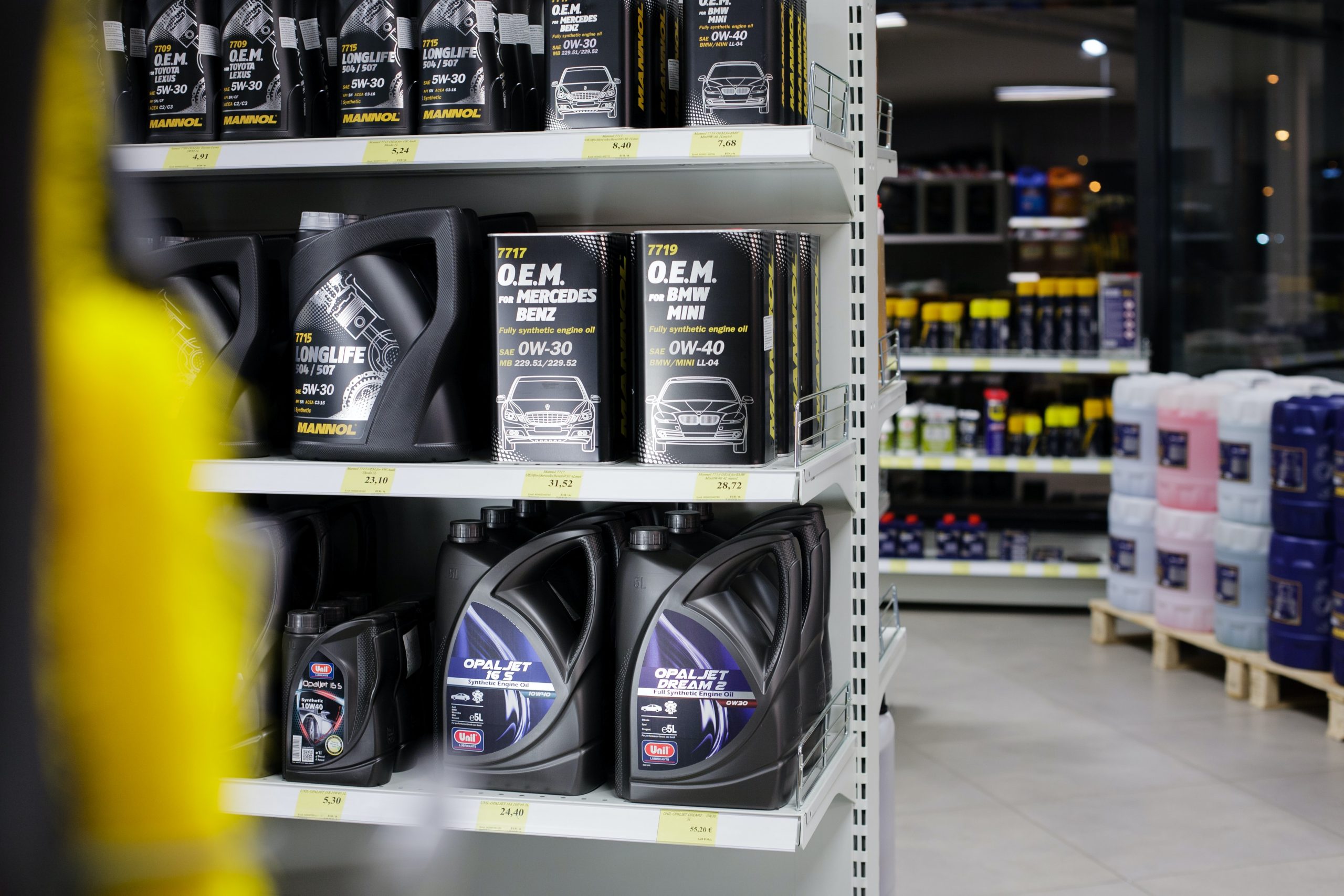 – What is motor oil?

– How to choose your motor oil?

Motor oil is an essential lubricant for internal combustion engines in cars. There are several types of motor oil for different kinds of engines and uses. Explanations.

What is motor oil?

Motor oil, like hydrocarbons (petrol and diesel), is a product derived from petroleum. Motor oils have different characteristics to perform various functions.

There are two kinds of oil obtained by different methods, but both are produced from petroleum derivatives:

– mineral oils: obtained directly by the distillation of petroleum followed by refining;

– synthetic oils: obtained by cracking hydrocarbons (themselves derived from petroleum), then reconstituted (synthesis) into oil;

Whatever their nature, all these base oils receive a certain number of additives that improve their performance. The quantity and types of additives used contributes to the quality of the final oil.

The primary function of engine oil is to lubricate the moving parts in the engine. The oil forms a film between two parts so that they are no longer in direct contact.

Good to know: an engine can run for some time without coolant, but it would break down in seconds without oil.

Oil also has other functions in an engine:

– Cooling moving parts by capturing their heat and releasing it to the outside through oil circulation.

– Protect the engine from corrosion.

– Clean the machine from deposits, dust, or debris that may accumulate.

– Participate in the sealing of the cylinders at the piston rings.

The viscosity of an oil

Thickness is the main characteristic of engine oil:

– an oil with high viscosity is thick.

– a low-viscosity oil is fluid.

The higher the temperature of an oil increases, the lower its viscosity. In an engine, on the other hand, it is necessary to limit these variations in consistency so that it is as stable as possible:

– The oil must be fluid enough to facilitate cold starts;

It must not become too liquid once the engine is hot; otherwise, it will no longer perform its lubricating role properly.

How to choose your engine oil? 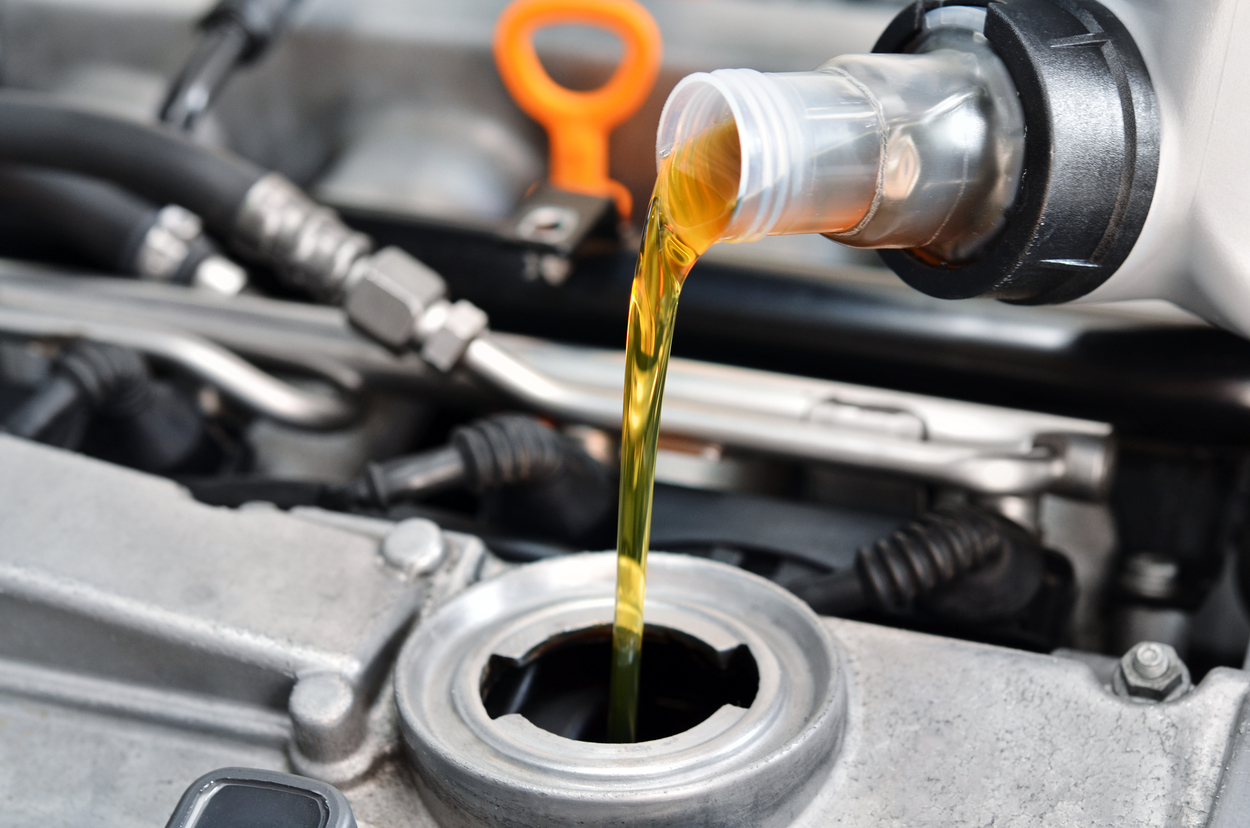 There is a multitude of motor oils available on the market. There are several classification systems to help you find your way around.

The SAE (Society of American Engineers) classifies engine oils by their viscosity.

According to the SAE, there are three main classes of oil:

– Summer oils, whose name consists of the acronym SAE followed by a number (20, 30, 40, 50, or 60). The higher the number, the better the oil performs under high stress and temperature.

Example: in the name of the multigrade oil SAE 10 W-40, the 10W reflects the behavior of the oil in cold weather, the 40 its behavior in hot weather.

Which oil for which engines?

The SAE standard classifies oils only according to their viscosity. Other criteria are responsible for determining which type of engine oil is recommended and its overall performance level.

Two such standards coexist, one American and one European, each with their naming system:

According to the API (American Petroleum Institute) standard:

– oils for petrol engines begin with the letter S;

– oils for diesel engines start with the letter C;

– a second letter follows the first and gives information on the quality of the oil: the further down the alphabet this letter is in the alphabet, the better the oil performs.

For example, an API SM oil is better than an API SJ oil.

According to the ACEA (European Automobile Manufacturers Association) standard:

– oils for petrol engines begin with the letter A;

– oils for diesel engines start with the letter B;

– oils for diesel engines of commercial vehicles start with the letter E;

– a number follows the letter and indicates the quality of the oil: the higher the number, the better the oil performs.

Good to know: many oils are compatible with both petrol and diesel engines. These oils then receive both designations of the standard used.

Find out more about engine oil in this interesting post At What Interval Should You Change your Engine Oil.