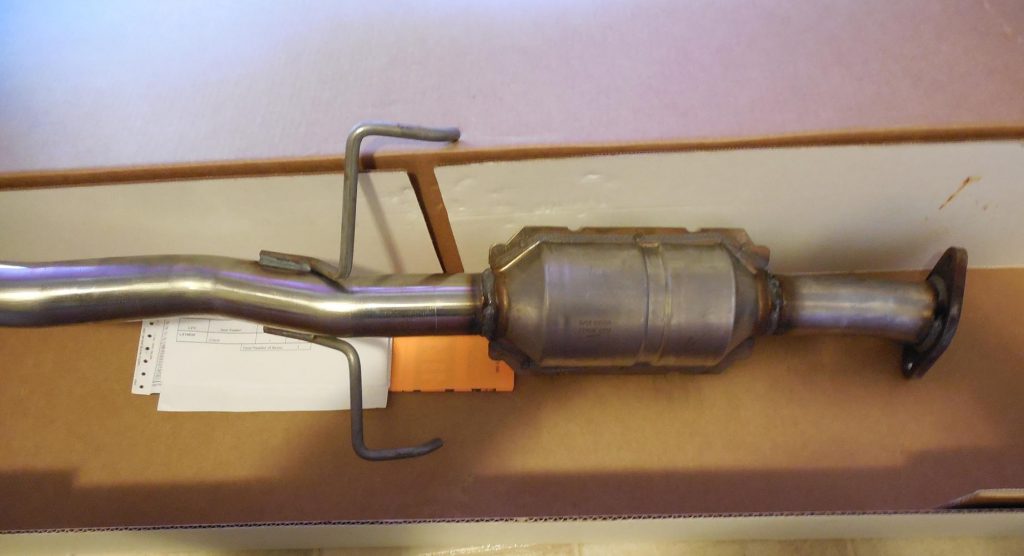 It is mandatory to have a catalytic converter installed in a vehicle to get its registration permit from the relevant authorities in most countries. In many states, the vehicle emissions test is obligatory, and cars that fail that test are not considered roadworthy.

Regular wear and tear is unavoidable and bound to happen on the components of a used vehicle. After more than 150,000 miles, the catalytic converter may become clogged with carbon buildup, which will prevent the catalyst* from converting the harmful engine emissions into carbon dioxide and nitrogen and further pumping out these emissions from the exhaust system.

*What is a catalyst?

The catalyst is a ceramic honeycomb-like box structure, and it is made up of three rare metals – Platinum, Palladium, and Rhodium. The exhaust pipe starts from this ceramic box, from which all the harmful emissions like hydrocarbons and unburned fuel are pushed out after a reaction with these three metals. 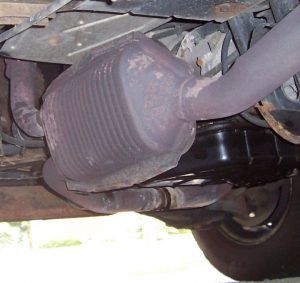 This is possibly due to the following factors:

An unstable air-fuel ratio in your engine means that the engine is not completely burning the fuel due to either bad injectors, bad carburetors, bad spark plugs, bad fuel filters, or even bad fuels.

Despite having the cleanest of fuel and a well-maintained fuel system, the catalytic converter can still get clogged because people lug around in fifth gear, and this makes lots of soot which finally blocks the honeycomb. This is because either some people are bad drivers or do so intentionally to try and save on fuel as it is believed that the 5th gear consumes lesser fuel than lower gears.

How do you clean the catalytic converter, then? 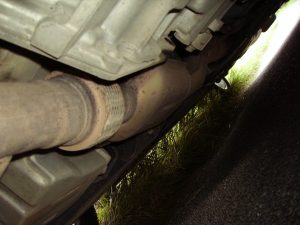 You can clear a honeycomb that is not 100% blocked. If it is 100% clogged, then it is time for you to cut it off and get it replaced by another one.

Get the car on a lift at a garage and rev the engine at high rpm.

One possible way is to get the Cat hot enough to make it complete what it’s meant to do. One naughty technique here is to get the car lift up at a garage and revving the engine at high rpm – between 5000 and 7000. It’s strongly recommended to have one person stand underneath the car holding a fire extinguisher, just if a fire starts up. Even though the process may sound dangerous, if done adequately by a professional, it does work.

Take the car out and drive it hard at high rpm for 30 minutes.

Another way is to take the car out and drive it hard at high rpm for 30 minutes at least once a month to heat the catalytic converter. Note: there is no need to try some movie scenes like in Fast & Furious and mind yourself of speed excess penalties! You can drive within speed limits and still rev the engine high at lower gears. Note, however, that you should not insist on the maximum rpm in the red line range on your tachometer because revving at maximum rpm can cause damage to other engine components! The engine sound will be pretty ragging and furious but do not be afraid as the car should not be racing. Consequently, the excess heat will burn any deposit and clear the honeycomb.

However, it’ll not miraculously unclog itself if you do nothing different and keep the same bad driving habits.

So, if the clogged honeycomb is due to soot buildup, there is hope for you to unclog the Cat without having to take it off the vehicle or changing it. If hard mineral deposits block the Cat, you stand no chance. And, if the metals in the Cat have already melted, it is just too late; you will have no other choice than to change it. 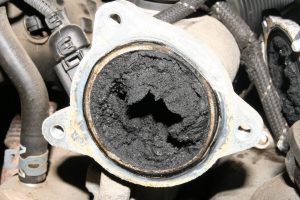 How much does it cost?

Depending on your car model, these Cats, including labor cost, can cost you anything between $1,000 to $3,000.

Finally, one last method would be to add some commercial catalytic converter cleaners to your fuel tank when it is full and only refill your tank until empty to make sure you would have used most of the chemicals in those additives. Chances are they would do the job, but consider these products only if you are having real emission issues. Do not try these cleaners if you are only looking for a simple maintenance method, as these additives are known to cause a “service engine” red light flashing up on your dashboard.

All said, let us know your views in the comments section.