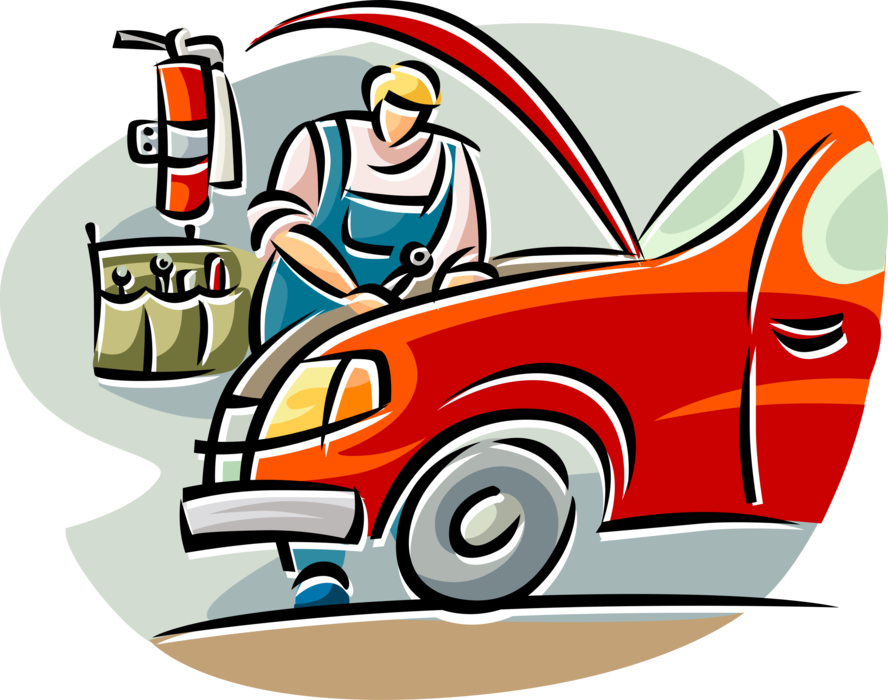 – Problem with the starter motor

You turn the key or push the start button on your car, and the engine won’t start, but you hear the starter motor spinning. What’s going on? There are several reasons for this type of failure. We tell you all about the starter motor issues in this post.

Problem with the starter motor

Despite your insistence on turning the key all the way around or pressing the engine start button, nothing happens! You can still hear the starter motor turning, but it seems to be turning in vain. This means the engine itself has not failed. Now you need to identify the cause of the problem that is preventing it from starting.

Causes of a Starter Running in vain

The causes of the problem can be diverse. As always in mechanical matters, think of the simplest possibilities first:

– The starter motor is running too slowly because of a weak battery.

– The electrical polarity is reversed because the power and ground cables were connected to the battery on the wrong terminals.

– Fuel is not getting into the fuel injection system or carburetor.

– There is an ignition failure.

Then there are more complex causes that require specific mechanical intervention:

– The pinion gear is dirty, or its teeth are worn or broken.

– The starter ring gear teeth are worn or broken.

– The starter motor clutch is slipping.

What to do when the starter motor spins in vain?

If the starter motor runs too slowly to start the car’s engine, chances are the battery is nearly discharged. If you have the opportunity, you can remedy the problem in one of the following ways: 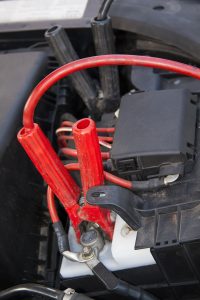 Connect your car’s battery to another battery in good condition or another car’s battery (engine running) via jumper cables. Be careful not to make a mistake in polarity by connecting the red cable (positive) to the 2 positive terminals of the batteries indicated by a “+” and the 2 black cables to the negative terminals marked by a “-.” Wait 2 or 3 minutes for the defective battery to be slightly recharged before attempting to restart your car.

Warning: before buying a new battery, make sure that the poles of the new battery are the same as the old one. Depending on the application of each car, the battery poles are not necessarily in the same place. Each model corresponds to specific motorization. Take your vehicle registration document with you to have the serial number; the seller will then provide you with a suitable model.

Turn on the ignition without starting the engine. Possibly fuel is not reaching the injection system or the carburetor of your engine. The first way to be sure is to turn on the ignition without starting the car. If you can hear the sound of the electric fuel pump, it is working. You may then be facing an injection failure. If this is the case, all you have to do is have your vehicle towed to a garage for a confirmed diagnosis.

If you have an older vehicle equipped with a carburetor and powered by a mechanical fuel pump, and there is a small fuel filter between the pump and the carburetor, proceed as follows

– assisted by another person turning the ignition key, see if the fuel filter fills or not;

– If there is no fuel filter, disconnect the fuel filler hose from the carburetor, ask the person next to you to turn the key, and check that fuel is flowing through the hose. As soon as you see fuel coming out, ask your companion to stop turning the key immediately to avoid getting fuel everywhere.

Important: in the case of an ignition failure, there is no way to verify the origin of the failure if you are not yourself an electronics expert and equipped to check its operation. Towing to a specialist is necessary.

Repair and cost of a faulty starter

In situations requiring major mechanical work, for which you will have to take the car to a mechanic, there are two options

– the starter motor can be replaced outright;

– disassembling it, analyzing the condition of its components, and replacing the defective ones.

In both cases, the mechanic will provide an estimate of the cost.

Please note: the price of a starter ranges from $50 to $140, not including assembly.