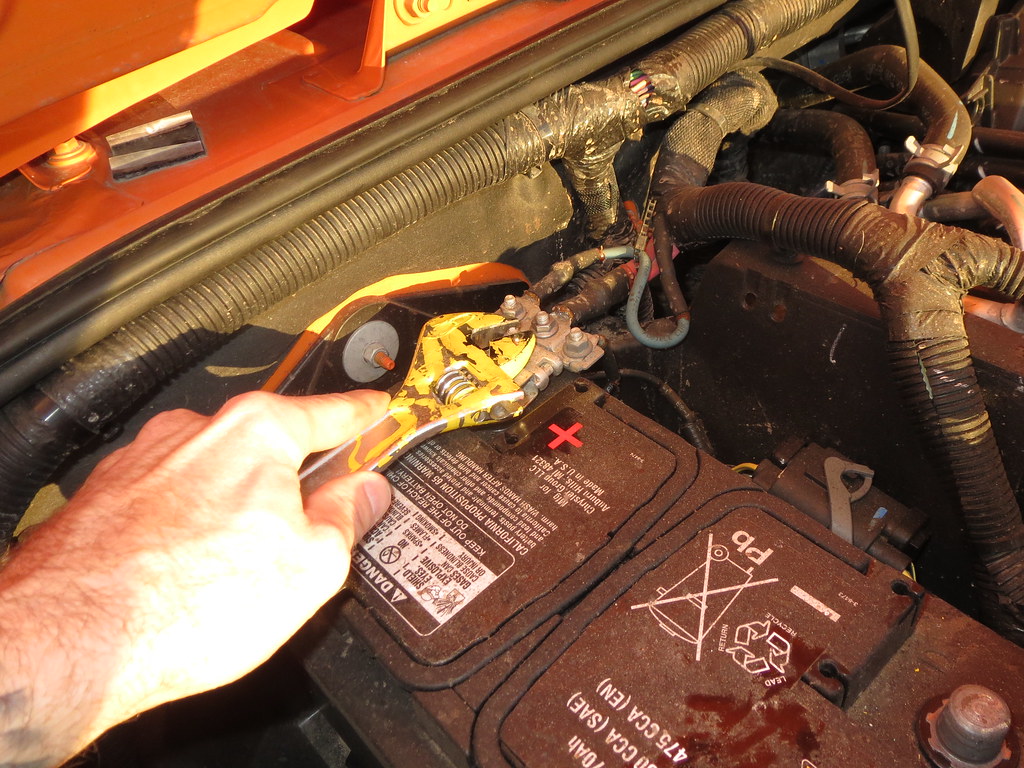 If only to start its engine, a car needs electricity. The battery, which is its electrical energy reserve, supplies its circuit. The proper functioning of the entire vehicle depends on it and two pieces of metal that may seem insignificant but whose presence and good condition are essential: the battery terminals.

A battery terminal is a metal part that connects a cable to two pieces of an electrical device to allow current to flow between them.

In the case of a car battery, the terminals will allow the battery to power the vehicle’s electrical system through the power cable attached to its positive terminal. The current will flow by connecting the battery’s negative terminal to a metal part of the vehicle that conducts electricity.

There are three types of terminals on the market, characterized by the way they are attached to the battery terminals:

– The most common is metal with a side-tightening nut attachment to a threaded rod. The positive and negative cables are screwed or bolted directly to the terminals. The + and – symbols are melted into the metal of the terminals and allowed to differentiate them for the assembly.

The second, called the claw terminal, is distinguished by a red plastic cap for the battery’s positive pole and green for the negative pole. The claws are used to hold the terminal on the terminals. The positive and negative cables are connected by clamping to it. A wingnut is used to tighten the terminal.

– The third is the quick tightening terminal. It has a tilting cover made of insulating plastic, red for the positive, pole blue for the negative, and tightening by simply tilting the cover. The positive and negative cables are secured by screwing them to the conductive part of the terminal.

Maintenance of the battery terminals

Sulfate deposits on the terminals can be recognized by their chalky white appearance. They eat away at the metal of the terminals, causing poor electrical current flow and eventually breaking them.

Good to know: To slow down sulfate formation from acid fumes in the battery, you can install anti-sulfate washers on the terminals.

To clean the terminals, you must:

– Remove the terminals. Disconnect the negative first, then the positive.

– Then, clean each terminal with a wire brush or possibly fine sandpaper.

Note: if the sulfate is very encrusted, disconnect the terminals from the cables and soak them in hot water to loosen the deposit before resuming the cleaning with the brush. To reassemble, connect the positive terminal first.

On quick-release terminals, it is advisable to regularly check the cable’s tightness if you regularly disconnect the negative terminal by using it as a circuit breaker, especially on a vehicle that is not routinely used.

You will find battery terminals in:

– the departments and car centers of hypermarkets and shopping centers;

– When Can a Leak Detector Be Used on a Head Gasket?

– How to Change Your Brake Fluid;

– How to Verify Braking Noises;

– How Do You Restore Car Leather;

– What Is Torque Tightening;

– Are Puncture Proof Tires Any Good?

– How to Repair a Crack on a Dashboard;