In Tunisia, the cab is one of the most popular means of transportation for individuals and professionals. You can find them in every city in the country, and almost at any time. If you wish to know the price of a yellow cab in Tunisia, this article is made for you.

Presentation of the Different Types of the Cab in Tunisia

In Tunisia, there are different types of cabs. On the one hand, there are individual cabs that are yellow and whose price is displayed on the meter. On the other hand, the collective cabs are also yellow but with a blue stripe. Collective cabs do not use the automatic fare meter. Their prices are charged approximately per distance and per person. There are also tourist cabs with a white color. These vehicles carry a tourist cab sign. They are also equipped with an automatic fare meter, and the fares are more expensive than those of regular cabs. They are found in front of hotels, airports, and tourist areas.

Wherever you are in Tunisia, urban cabs are entirely yellow (no stripes). They must be equipped with an automatic meter displaying the cost of each trip and a number on the roof. On their windshield is a small light which is red if the cab is free and green if the cab is occupied. Urban cabs are mostly made up of recent and comfortable vehicles. Seat belts are not mandatory and are often locked.

Warning: yellow cabs (or urban cabs) cannot leave their city. It is therefore impossible to travel from Tunis to Hammamet on board. For this, the best solution is to take a collective cab or a “louage”.

The Rates of a Yellow Cab in Tunisia

Equipped with an automatic meter, yellow cabs are pretty cheap. The price is regulated at 500 millimeters for the pick-up and 500 millimeters per kilometer. From 9 pm to 4 am, night runs are increased by 50%. There is also an hourly rate, slightly higher (120 millimes/minute). The rates are very low, about 5 times cheaper than in Paris. The cab driver may also ask you for an extra 1 dinar for luggage and an additional 3 dinars from Tunis airport. In the big cities, the price of the yellow cab is by the race. In smaller towns, it can be per person. This means that it is possible to get into an already occupied cab.

Yellow Cab Fares in Tunisia: Tips to Avoid Being Ripped Off

– The best way to avoid being ripped off is to negotiate the fare before getting into the cab. This will also prevent costly detours.

– Don’t accept if you are asked for more than 7 DT for a ride in town. Generally, the minimum price for a trip in the city is 4 DT.

– To avoid unpleasant surprises, always ask for the meter for trips in town. And above all, keep an eye on the signs so that they don’t make you turn around and pay a huge amount.

– Make the taximan believe that it is not the first time you are in Tunisia. In the case of a longer journey, ask for an approximate price before getting in. This will give you an idea of the price, and the driver will not be able to charge you more than he told you at the beginning. 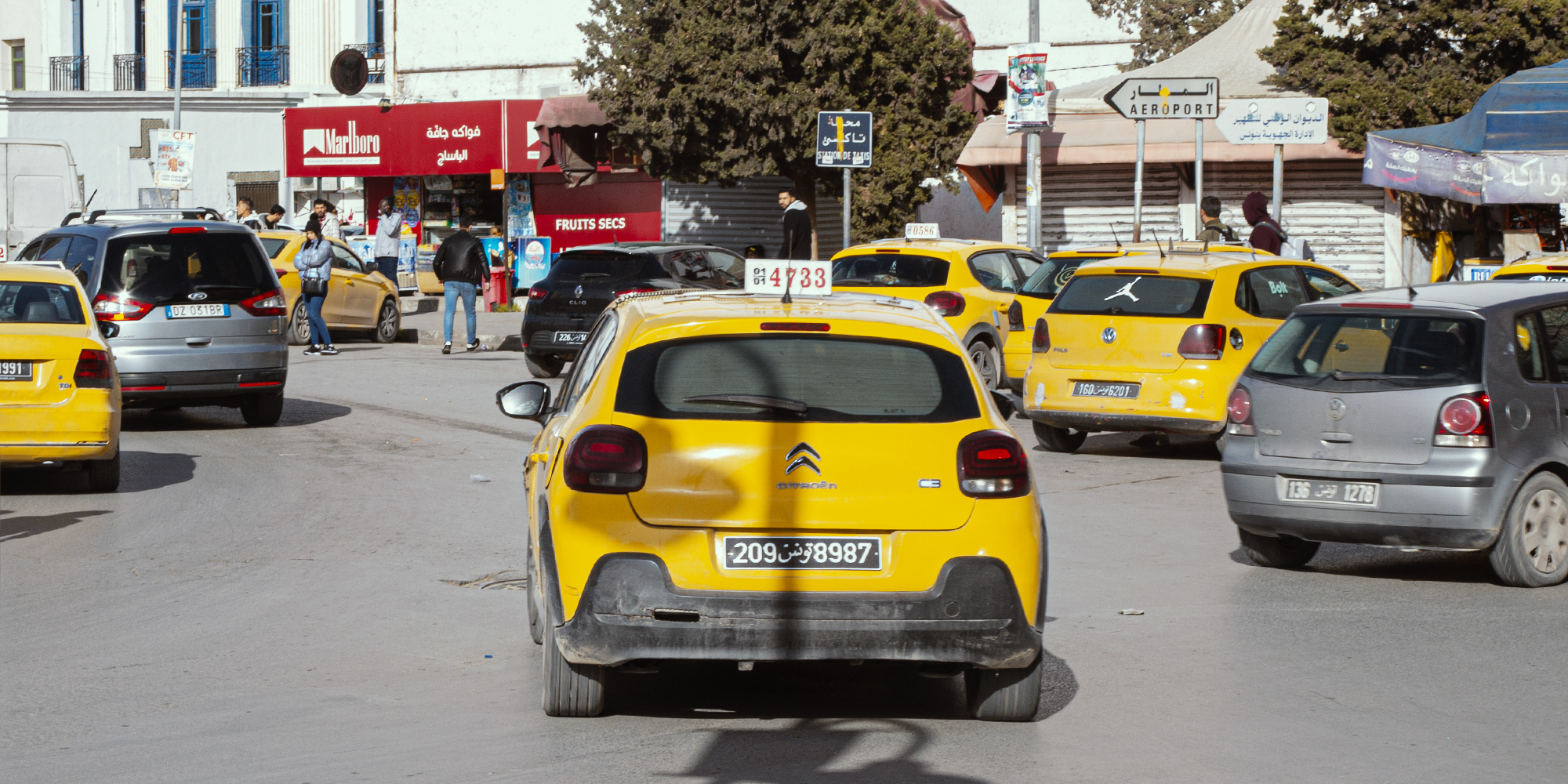