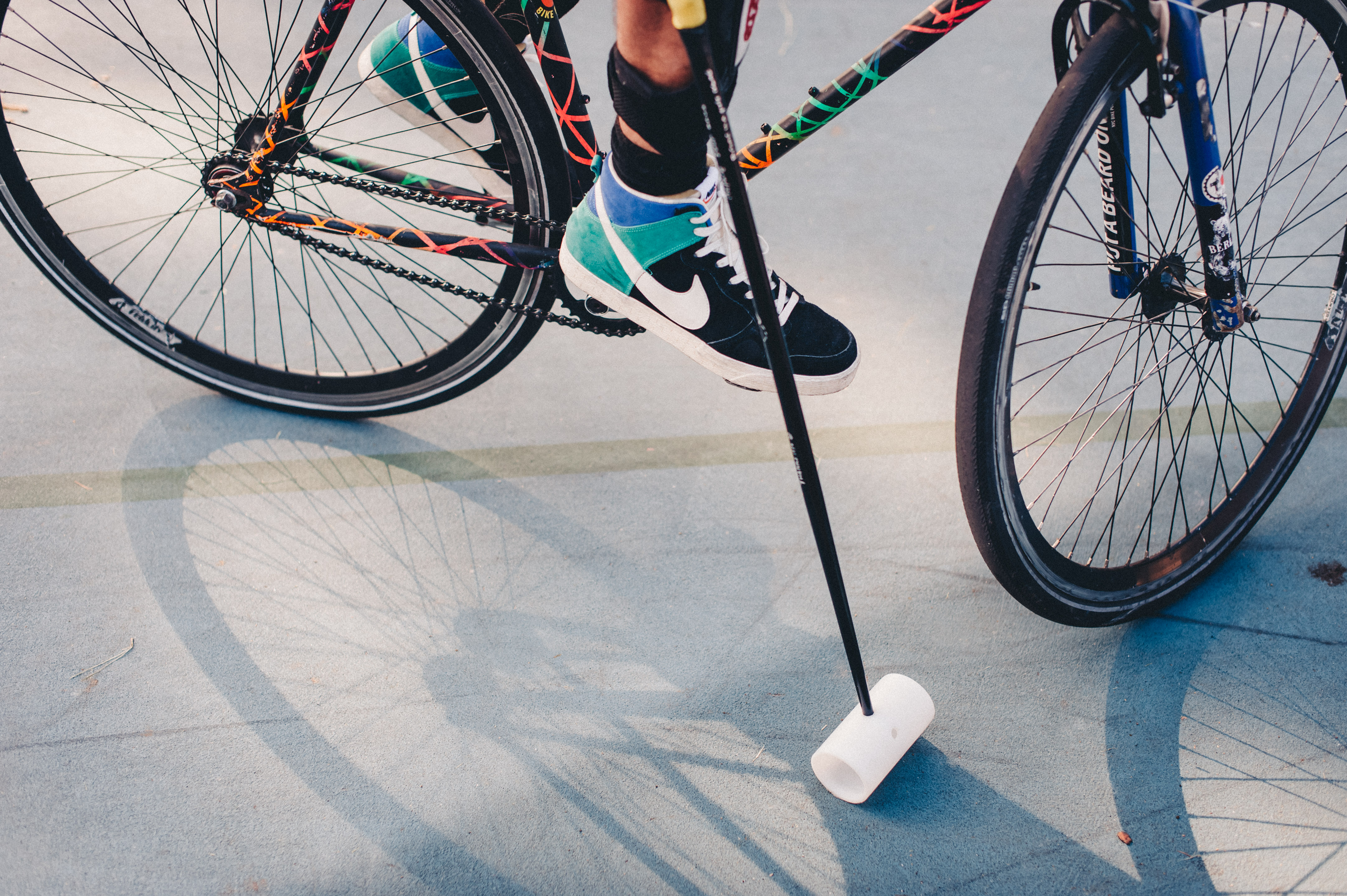 Bike Polo, or to give it its official name, Hardcourt Bicycle Polo, is what you would imagine it to be. A game of polo played on an asphalt surface rather than turf, riding bicycles rather than horses. It is said to have originated in Seattle, USA, in the early 2000s as a way for bored bike messengers to kill some time between deliveries.

The sport started gaining traction around 2004 and is currently played in over 300 cities in about 30 countries of the world. As a decentralized and organically growing sport, the rules vary from city to city, although various boards have sprung up to promote and unify the sport. Chief among these governing bodies are the North American Hardcourt Bike Polo Association (NAHBPA), European Hardcourt (EHBP), Australasian Hardcourt (AHBP) and Bici Polo Latinoamerica (BPLA).

Rules of the game

As mentioned above, the sport is still in its infancy, and therefore the rules are in a state of flux. However, some of the main rules would be:

You don’t need much to play bike polo; just a mallet, a ball, some goalposts, and a bike. However, as bike polo has evolved and people have become more invested in the sport, companies like Lightfoot have started producing polo-specific bikes and mallets, which further enhances the legitimacy of the game.

Although any type of bike will get the job done, there are undeniable advantages of finding a bike that will suit your play-style. Or if you want to pay homage to the DIY roots of the sport, you could always customize your existing rig with specialist parts.

Some players make wheel covers out of corrugated plastic, polycarbonate, plastic netting, or even thick fabrics to protect spokes and create solid blocking surfaces. Many of these covers are painted with elaborate designs to help identify riders or their city’s club.

Low gear ratio single-speed bikes have advantages for quick acceleration and control on a small court. Most riders prefer a short wheelbase for tight turning and a smaller “5-hole” as well as a medium to long stem for better turning. Front brake or dual brake setups are the most popular.

Handlebar lengths are another part of the bike that many players tend to modify. Some players prefer shorter, narrower handlebars to avoid being bumped and so that it does not interfere with their swing. Others prefer to go for more extended handlebars for a better grip.

Another important consideration is, of course, safety equipment. As a participant of a fast-paced urban sport, you will be exposed to rogue balls and crashes. While there are no official guidelines for protective equipment, it is recommended that you at least wear a crash helmet, elbow- and kneepads, a mouthguard, and gloves.

Bike polo looks to become a more mainstream sport while retaining its quirky, DIY nature that made it so attractive in the first place. A bit like rollerblading and skateboarding. A sport that aims to showcase skill, riding ability, and technique, but at its very core, is just about having a good time.