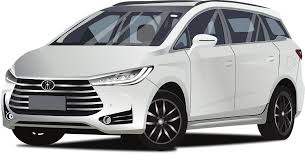 Among the different body types, some are more designed to comfortably carry a maximum number of passengers and objects, such as the MPV and station wagon, while others are more suitable for single people or couples without children, especially the coupé and convertible.

The history of the MPV

Chronologically, as early as 1950, the pioneers of the MPV were known in Europe as Volkswagen, Transporter or Caravelle in Germany, followed in Italy by the tiny Fiat 600 Multipla with 6 seats in 3 rows. In a way, it was the first mini-space… for the family!

In France, the prototype was created by the innovative Matra brand. This concept car was initially rejected by Peugeot, but it was adopted by Renault who marketed the vehicle as P23 in March 1984. After a very difficult start, this precursor imposed new qualities and a particular look. Its success leads the other brands to embark on the MPV adventure in the mid-1990s.

Features of the MPV

The term “MPV” is the direct heir to the eponymous model marketed by Renault and is a generic term for all vehicles of the same shape and size as this great pioneer. Models measuring less than 4 m in length are known as “minivans”, such as the famous Renault Twingo.

Minivans are primarily intended for family transport, with dimensions and capacities greater than those of a station wagon.

Be careful not to confuse MPVs or minivans with the recent family “recreational vehicles” derived from light commercial vehicles (such as the Vauxhall Combo or Ford Connect).

Typically, the main characteristics of the MPV are:

– to have a minimum of 5 real removable, rotating and transformable seats to ensure maximum modularity;

– a long family vocation which is reflected in the bodywork by large glass surfaces, including on the roof for certain versions;

– a powertrain at the front of the vehicle in general. In the same way, front-wheel drive remains privileged for its active safety (no unpleasant surprises on slippery roads).

Richly equipped, comfortable and rather expensive to purchase, this is a high-end vehicle. Regardless of its size, the MPV stands out in terms of its volume/length ratio and its road holding capacity, which is similar to that of a large sedan.

More or less directly derived from utility models, the classic MPVs all offer great modularity in a large usable volume. Over the last fifteen years or so, they have had to abandon the technical platform and basic aesthetics of their utility ancestors to attract more and more customers. As a result, they now represent almost a quarter of the automotive market.

In terms of equipment, this move upmarket is increasingly accompanied by an automatic transmission and a panoramic sunroof (options or special series).

Although smaller in size and priced lower than a conventional MPV, it is just as versatile and stylish. Specially designed as a compact MPV, it does not derive from a utility model.

Less tall and less voluminous than its historical parents, its road qualities, fuel consumption, and driving position are much closer to a sedan.

With its more reasonable size and more affordable prices, it now accounts for the largest share of the MPV market. According to new research, BusinessIndustryReports have projected the market to grow at a healthy growth rate from 2020 to 2024.

In fact, these mini-spaces are up to 4 m in length. Despite these small dimensions, there is great interior modularity combined with large glazed surfaces on a reduced scale for maximum agility, especially in an urban environment.

Champions of the versatility/size ratio

These vehicles enjoy a deserved success owing to a measured price that allows them to compete with many compact MPVs, except in terms of aesthetics and overall comfort.

Advantages and disadvantages of MPVs

Let us now look at the overall strengths and weaknesses of this type of vehicle.

Advantages of the MPV

Particularly popular with large families, especially children, it has a number of advantages:

– General driving pleasure, combined with the comfort of the seats and suspension, in particular with the rear air suspension option (constant ride height).

– A special, modern design that makes it easy to resell second-hand vehicles.

Disadvantages of the MPV

There are, however, a few weak points to be taken into account:

– Its imposing size, even embarrassing, in the case of the largest classic MPVs.

– Its heavyweight penalizes gas consumption in urban or mountain areas.

– Its modest performance because of engine capacity (lack of horsepower – you feel the vehicle is heavy during the ride).

– Its poor aerodynamics due to the large frontal area, despite correct Cx values (high consumption on motorways and increased sensitivity to side wind).

MPVs for all tastes

This summary will allow you to better adapt your choice of monospace to your profile.

The classic MPV is perfect for long, comfortable, quiet and serene journeys with 5 to 8 people on board. At each stage, its high degree of modularity will transform it for even greater user-friendliness. Plan for a large garage to protect your investment.

The compact MPV is an excellent compromise between its historic big brother and the classic, even obsolete sedan. It’s big enough for five occupants and their luggage, and its smaller size and lighter weight make it more agile and more urban.

As for the minivan, it still retains the famous volume/length ratio to preserve its roominess without forgetting its modularity. Its relatively small size adds versatility and more comfort in an urban environment when you will have to travel longer distances.

The best deal is the compact MPV because it offers a large volume for a smaller price for the MPV category. Over time, its aesthetics have evolved towards an offbeat and original look, even chic for some models. It is nearer to the feel of driving a sedan while providing bigger windows, legroom and overall bigger space to make a family trip really enjoyable.