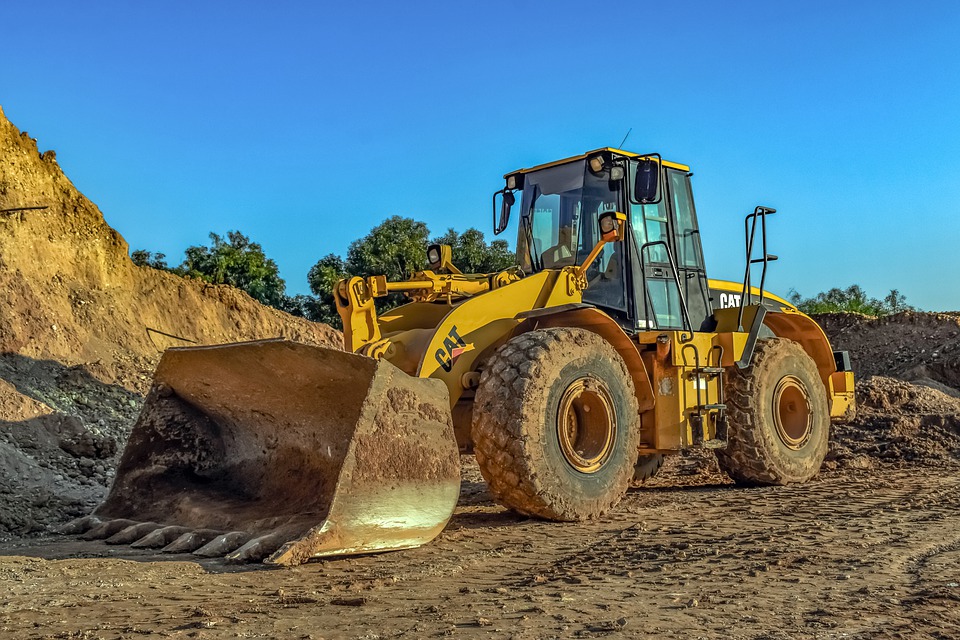 The bulldozer is a powerful and essential machine for public works, especially earthmoving. Here is an overview of a multi-purpose machine that has become and remains indisputable in the construction sector.

Origin of the Bulldozer

The bulldozer is a massive and powerful machine with tires or tracks equipped with a blade at the front, allowing the move of materials and level grounds. It can be fitted with different types of blades but also with towed tools. Its origin comes from the United States, where, at the beginning of the 20th century, agricultural tractors were converted for use in forestry and road construction.

Over the years, the bulldozer has evolved; the use of caterpillar tracks is spreading. Many attachments are designed for different types of operations, and its use is becoming more widespread in America. It is only from the 1940s and after the Second World War that the bulldozer arrived in Europe. Since then, it has evolved with the technical advances over time, such as the hydraulic mechanism. It has become more powerful and sophisticated and continues today to be perfected and benefit from technological progress.

The different uses of a bulldozer

Despite its massive character and low mobility, the bulldozer is extremely versatile. Its enormous power allows it to be effective for many uses, including:

These uses are widespread in the public works sector, but the bulldozer can also effectively perform other types of work such as snow removal or clearing congested areas. It can also be used for military purposes: to clear land, demolish obstacles and clear rubble to open up routes.

There are two types of bulldozers:

– Wheeled bulldozers offer increased mobility and, therefore, greater versatility. Unlike tracked machines, they can travel on roads.
– Crawler bulldozers, which provide better traction on the soft ground due to their larger surface area.
Tracked bulldozers are significantly lighter than those with tires, but their weight is still very massive: from 5 tons for the smallest models (the calfdozers) and up to 100 tons for the most influential models. The range of engines that equip these machines is between 25 and 1,000 horsepower. These characteristics give the bulldozer its well-known identity as an efficient machine that nothing can resist.

Several types of blades can be fitted to the bulldozer (which will then be given a different name) to perform various kinds of work. For example, a tilt dozer is equipped with a blade that tilts in a vertical plane, a tip dozer when the angle of attack of the blade can be varied and an angledozer for blades that are oriented horizontally. There are also cushioned push blades and special blades for clearing.

Rear attachments are usually optional but significantly increase the versatility of the machine. This can be the ripper, which is equipped with one or more tines (it is then called a scarifier) and allows for shifting. The winch is used to pull heavy loads.

The most typical bulldozer manufacturer is certainly Caterpillar. Manufacturer of oversized bulldozers such as the famous Caterpillar D11 and supplier to the American army, Caterpillar today enjoys an indisputable reputation.

Other brands have distinguished themselves with innovative models. They now occupy a significant share of the market, such as Liebherr, which produces increasingly efficient machines, such as the PR 766, and Komatsu. This Japanese group has marketed the giant bulldozer globally, the D 575, weighing over 152 tons and a power of 1,150 hp.

However, should you be looking for a new or used heavy equipment supplier in South Florida, ALLINSON SOLUTIONS is the company to call as they provide trusted and tested machines.

New Holland, Shantui, Fiat, and Case are other bulldozers and equipment manufacturers that have proven their reliability.

Hope this post helps you in making your decision to purchasing a bulldozer. Remember to share your experience in the section below.