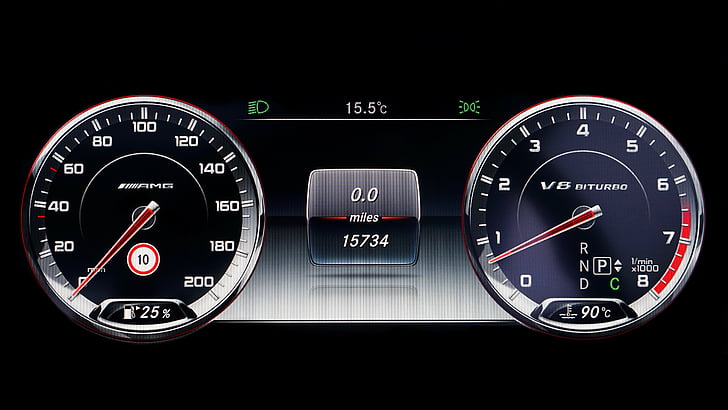 What Is the Purpose of a Car Tachometer?

– Principle of operation of the tachometer

For many people, the tachometer is only part of the landscape on the dashboard of a car. But how many drivers use it and know its usefulness? This little tool is helpful to manage the use of your engine better and ensure its longevity!

The role of the tachometer is to inform about the engine’s rotation speed. It is generally presented in the form of a round dial with an indicator needle moving on a scale varying from 0 to 7 (X1000) or from 0 to 70 (X100), representing respectively thousands or hundreds of revolutions per minute.

Operating principle of the revolution counter

The revolution counter must have an electrical signal synchronized to the engine rotation to read the engine speed. For that, several possibilities exist.

The information of the rev counter is taken at the ignition coil for gasoline engines, and the spark produced occurs every 2 turns of the crankshaft (every 720°) for a cylinder.

Diesel engines do not have spark ignition, so the information often comes from the alternator, which turns proportionally (pulley ratio) to the engine. It can also be an inductive or Hall effect sensor added to the engine.

Both diesel and gasoline cars systematically have a speed sensor, which sends a signal proportional to the engine speed, retransmitted to the engine management computer. This information is relayed to the instrument cluster, which positions the needle (or the digital display) at the desired value. 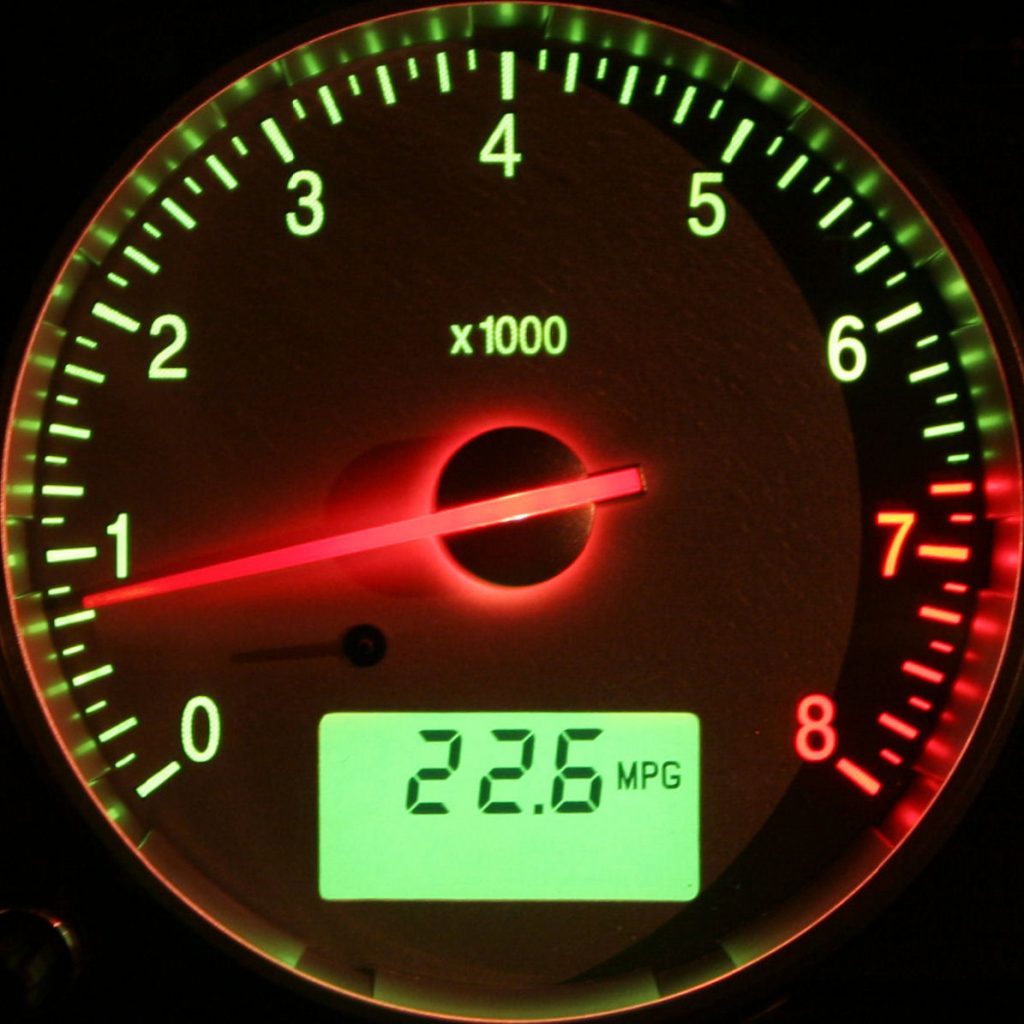 The engine speed information, expressed in revolutions per minute (RPM), indicates the following

– The engine speed at idle speed: its normal value is 700 to 900 rpm and must be constant (the tachometer’s needle must be stable at this value).

The engine’s operating range is between the end of the idling speed (after 900 rpm) and up to 4,500 rpm (average value); it is the range of values in which the engine must operate in normal use.

– The “red zone” or maximum speed range: often marked with a red or yellow sector, indicates the maximum engine rotation value that you must not exceed; otherwise, you risk destroying the engine. It ranges from 4,500 rpm to 6-7,000 rpm.

– The range of “useful” use: a thermal engine, gasoline or diesel, is characterized by its power and torque curves:

◦ The power curve in watts (W) or horsepower (Hp) informs about the power value of the engine over its entire operating range: the maximum power is reached at a value immediately below the beginning of the red zone; after this value, if the engine speed still increases, the power drops.

◦ The torque curve in the newton meter represents the energy delivered by the engine combustion (the force applied to the crankshaft). In other words, it is a reflection of the quality of combustion and its efficiency. The higher the torque, the more the energy value of the fuel will be exploited, and the less the vehicle will consume.

Good to know: this “useful” range of use guarantees economical driving, sometimes shown on the dial by a highlighted area or by green (start) and red (end) lights is the area where the engine should run at a steady speed (from 1,800 to 3,000 rpm depending on the vehicle).

On modern vehicles, the price is very variable according to the manufacturers, the elements potentially to be replaced being:

– the rpm sensor that generates the signal, which costs between $30 and $150;

Older vehicles without original tachometers can be equipped with them; again, prices vary depending on the quality of the equipment (from $30 to $600).