– Construction and operation of the clutch release unit

The clutch release unit is part of the clutch control system. What is its function, and how can it be maintained? Here’s what you need to know.

The clutch control is a device that allows the clutch to be activated and the engine to be coupled or uncoupled from the gearbox to change gear, stop or restart the vehicle.

There are 2 control systems:

– cable control: in this case, the cable connects the pedal to the clutch fork to act on it;

– hydraulic control: a pipe filled with clutch fluid replaces the cable; it connects the clutch transmitter to the clutch receiver, which will control the clutch fork.

Construction and operation of the clutch transmitter

The clutch transmitter consists of the following elements:

– A metal body topped by a fluid jar or supply hose connected to the brake jar (the fluid is the same).

– A piston in the transmitter body. It is connected to the clutch pedal by a rod which gives it a translational movement.

– A return spring to return the piston to its rest position.

– A seal or seals (cups) on the transmitter piston.

When the clutch pedal is depressed, the push rod causes the piston to move. The piston passes the liquid filling hole, closes it and pressurises the system.

As the liquid is incompressible, the pressure force is transmitted to the receiver, which imparts the movement to the fork (the latter, via the release bearing, allows the clutch to be activated). 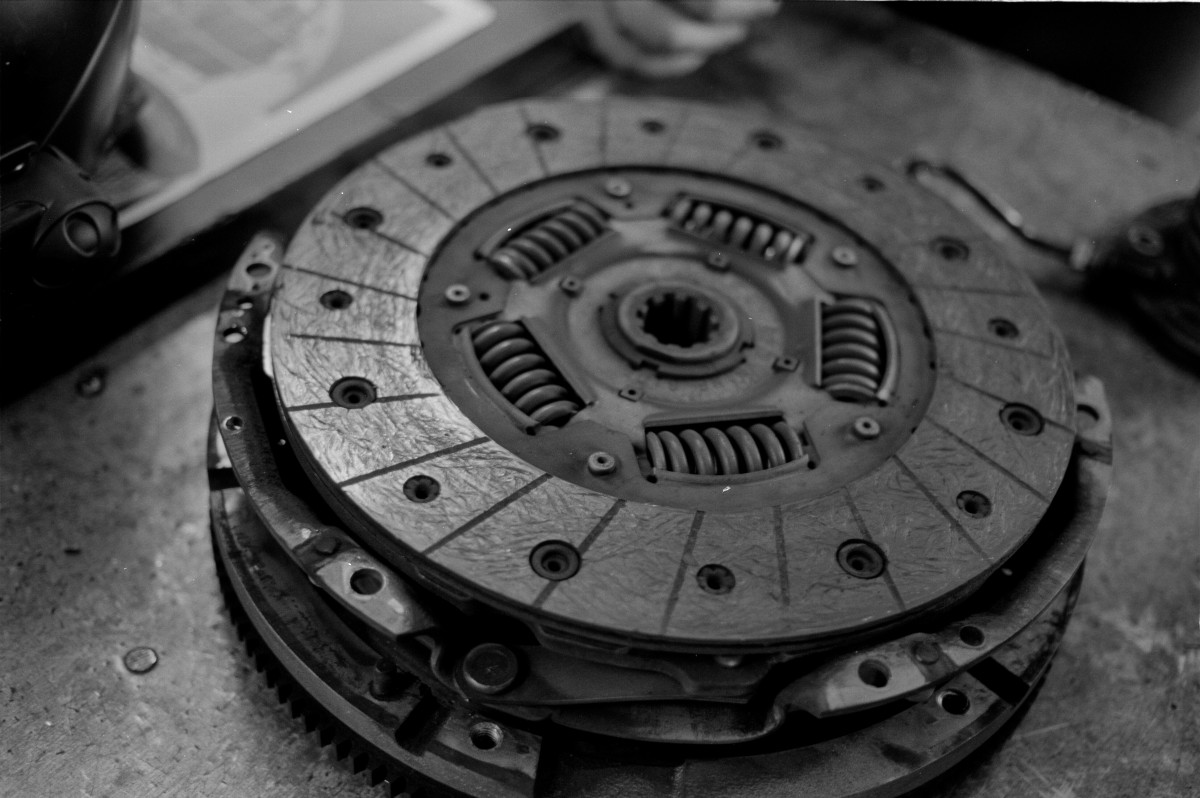 – The transmitter and the other components (fluid and receiver) allow constant control over time (no seizing, no cable breakage).

– By adjusting the diameters of the transmitter and receiver pistons, the force exerted on the clutch pedal can be reduced. The pressure is constant at all points in the circuit, using the formula P = F/S, where P is the pressure in bars, F is the force in newtons. S is the cross-sectional area of the piston in cm². You can see that by reducing the cross-sectional area of the receiver cylinder with that of the sender cylinder, the force on the clutch pedal can be multiplied.

– higher repair costs (the transmitter and receiver have an average price of $180 each);

– more challenging to repair: often, the clutch sender is not easily accessible; in addition, bleeding the circuit is a delicate operation.

Tip: It is recommended to change the transmitter and receiver simultaneously.

The most common faults are internal leaks (defective inner cup: a seepage appears at the transmitter inlet on the pedal side): the pedal presses down without resistance as if it was no longer connected to the system.

The repair is done as follows:

– It involves replacing the transmitter (and the receiver). The removal is more or less accessible depending on the type of vehicle.

– It is often necessary to carry out several procedures to purge the air trapped in the system. It is often essential to conduct several methods to bleed the air trapped in the system. The bleed screw is located on the clutch receiver, thus at the lowest point, making bleeding even more difficult. If you need help, visit Seeker Motorsport in Clayton. They have professional mechanics to attend to your car needs.

– manual bleeding: this is the universal procedure; it requires 2 operators, one to pump at the clutch pedal, the other at the bleed screw;

– Pressure bleeding: this involves applying pressure to the brake fluid reservoir to push the air towards the bleed screw;

– Bleeding by suction: the device, connected to the bleed screw, sucks the air contained in the circuit.