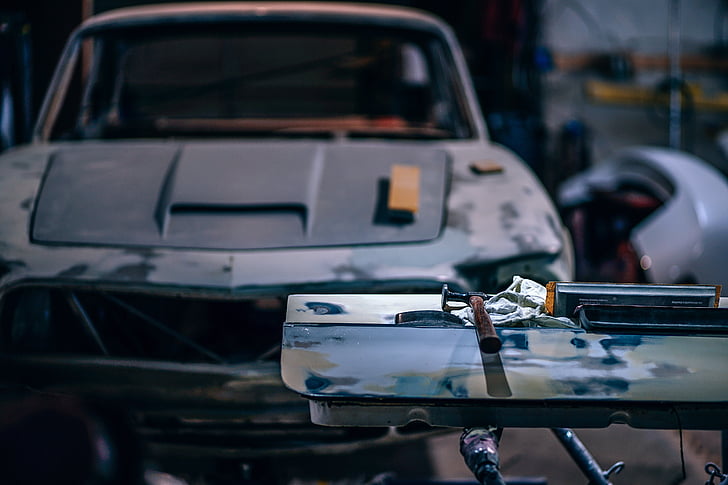 No matter how careful you are, you run the risk of getting a dent in your car. Even the most cautious drivers can be involved in an accident, whether a stray shopping cart or backing into a fence. Regardless of how the dent occurred, you must be considering how to remove it without depleting your savings! All for the sake of a minor ding! Even the tiniest ding can become a financial burden if you have to take it to an auto body shop to have the paint removed or body filler applied.

To repair your vehicle, different types of bodywork tools exist:

– car paint can or body pencil,

For the assembly and disassembly of parts,

– Designed for a particular job.

– Can be open or socketed.

– Can also be used to straighten hard-to-reach edges.

– Are specially designed for:

– Among the scissors, we distinguish:

– Starter punch: used to initiate the dislodging of a pin,

– Centering punch: used to mark the center of a hole,

– Tapered punch: used to align parts to be assembled,

There are two types of shears: 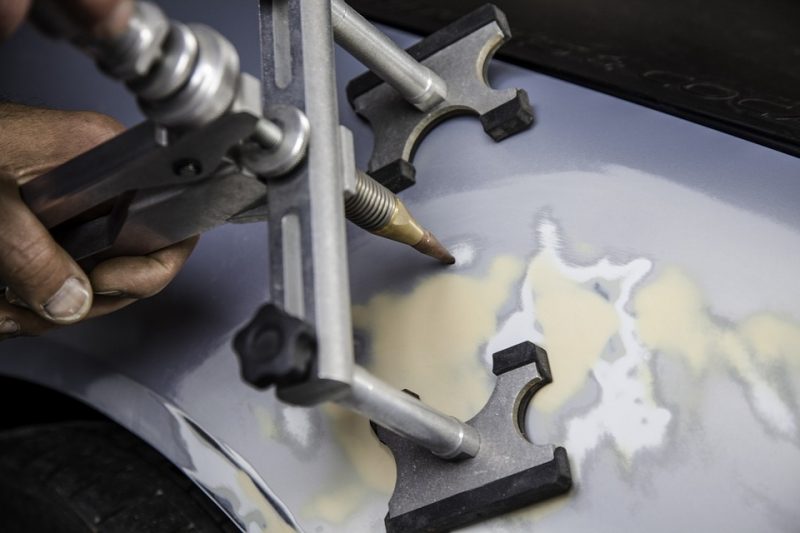 Some tools are specially designed for straightening the bodywork. Let’s see further below.

Depending on the surface of the sheet metal to be treated, it has the particularity of being circular and flat at both ends.

– It is generally used to roughen badly damaged parts.

– It is mainly used to straighten thick interior panels, such as:

– It is used for minor body straightening and finishing.

It can be heavy or light and is used for finishing dents and dings.

It has two different ends,

– one with a round head: for ordinary work,

– the other with a square head: for corners.

They are specially designed to reshape edges and protruding angles.

– A heavy, solid bodywork tool with a finely polished surface.

– This block of steel is used to hammer the body part into its original shape.

It consists of a support for hammering out the edges and recesses of the bodywork.

Of various lengths, they are used for damaged parts of the bodywork that are difficult to access with a pile.

The tools suggested in this post are pretty simple and can remedy small depressions in the doors, hood, and bumper. If they don’t seem to be working, consider going to a professional panel beater.

How to Repair a Rocker Panel;

Essential Steps for Repainting Your Car;

Automotive Painting: What Is Airbrush Paint?