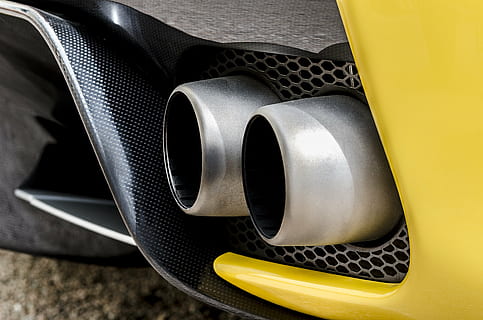 – Composition of the exhaust system

– Role of the exhaust

– Mufflers: what are the regulations?

The exhaust system is one of the most vulnerable parts of motorization, and its importance has increased with the insertion of more sophisticated anti-pollution devices. Let’s take a closer look at it: its constitution, its role, its replacement, its regulations, etc. We tell you everything in this post!

Composition of the exhaust system

The exhaust system on modern vehicles is made up of several components. Let’s have a closer look below.

These are mini chemical power plants, which convert pollutants into more harmless gases (in fact, their operating range is reduced and limited to engine operation at a steady speed, and as far as the engine management system controls engine combustion).

They are explicitly used for diesel engines. When the filter is saturated, they are particle traps (unburned hydrocarbons), which will be stored and eliminated by post-combustion.

It allows attenuation of the operating noise. It is located at the outlet of the exhaust line.

Oxygen sensors for gasoline engines analyze the oxygen level. This information is transmitted to the engine management computer, allowing it to adapt the injection time in real-time (a closed-loop operation).

The first one takes the pressure before and after the DPF to determine its saturation rate.

The connecting tube, often divided into several parts and locked by clamps and hoses placed at the engine outlet, absorb the movement forces between the body and the engine.

Role of the exhaust system 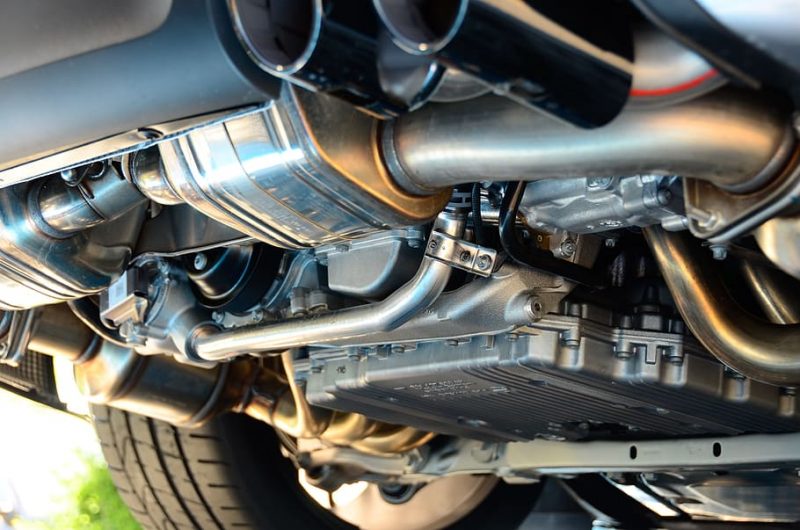 You can summarize the function of the exhaust system in 3 points:

1. It is a crucial element for controlled engine combustion. Indeed, it allows controlling the speed of the exhaust gases. Its design influences the engine’s behavior (a short and direct exhaust will favor the power to the detriment of the engine torque, while a tortuous and long line will favor the opposite).

2. As mentioned above, it acts on the treatment of pollutants through catalysts and DPF.

3. Not to be overlooked is its soundproofing role, which allows it to filter out significant combustion noises (free-exhaust noise being quite unbearable for the ear).

Replacement of the exhaust pipe

This operation is justified in leaks due to perforations caused by high gas temperatures and condensation (oxidation). Shocks can also cause this damage (e.g., the line is deformed by reversing on an obstacle). Or the destruction, saturation, or drift of the catalytic converter or FAP (in this case, the engine diagnostic light alerts you, or the anti-pollution control during the technical inspection that detects it).

Good to know: it’s better to have an elevator, as this operation, which seems straightforward, can turn into a nightmare (often the different parts of the exhaust system are seized together, requiring the use of a blowtorch or severe cuts).

In theory, your vehicle will be fined if the exhaust noise is too loud and annoying (the degree of importance is at the officer’s discretion if he considers that this noise is annoying to others). The officer can also detect the modification of the original element (removal of a muffler or catalytic converter-replacement by a non-approved system or not adapted to your vehicle). Not to mention pollutant emissions exceeding the standards (this control requiring specific equipment is very little used, requiring the engine computer to be queried on all the elements involved in the management of pollution, including the catalyst.

Note: Labor time is rarely high, but the cost of parts is variable. A muffler will cost a minimum of $150, while a catalytic converter or a DPF will be in an extensive range of $400 to $3,000, depending on the vehicle model. Therefore, you must get quotes from various sources (dealerships, garages, or other quick repair shops).

Finally, it is good to know that the anti-pollution test carried out during the technical control is reinforced on vehicles running on diesel. During this test, the quantity of particles emitted by the exhaust pipe is compared with the amount indicated by the manufacturer. If the homologation values are exceeded, the vehicle is subject to a second inspection within two months.