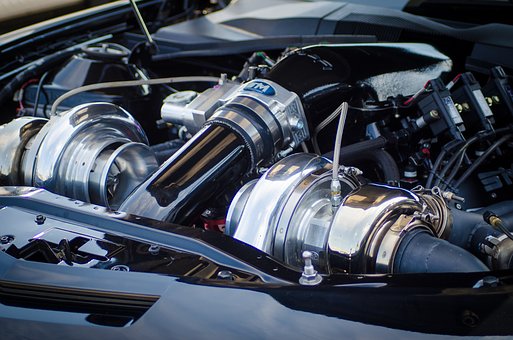 – What is turbo pressure?

– Step 1: Identify the mounting on your car

– Step 3: Raise the maximum pressure on the road

Usually, increasing the turbo pressure is justified for a motorsport vehicle or to restore a degraded value on a production vehicle. It is a significant operation that an experienced mechanic must carry out.

Good to know: an uncontrolled increase in turbo pressure can cause more or less severe damage, such as engine breakage (too much stress), engine runaway, or turbo breakage (too high rotational speed or operating temperature).

Today’s vehicles also require a refined analysis of operation before changing parameters, such as checking the EGR valve operation (percentage of opening), the turbo solenoid valve, the airflow in mg/stroke, etc. This requires a diagnostic tool.

If you have good experience and the necessary tools, start and follow this step-by-step procedure to increase a turbo’s pressure.

The fuel’s admission into the combustion chamber is made without any problem by a mechanical system, often an electric pump that supplies the fuel system.

– In atmospheric engines (without a turbocharger), when the piston goes down into the cylinder, it sucks in the outside air necessary for combustion. Unfortunately, under certain conditions, the volume of air sucked in is not sufficient.

◦ During acceleration, the intake speed is increased, resulting in a pressure drop due to the air column’s inertia in the intake manifold.

◦ Altitude is also a penalizing factor. As the air’s oxygen content decreases, the operation of the enriched engine (too much fuel compared to the intake air) becomes anemic.

◦ Weather conditions affect the atmospheric pressure and, therefore, the mass of air admitted into the engine. In hot weather, the air is less dense, which reduces engine efficiency.

Good to know: you may have noticed, in the middle of a heatwave, that the car’s power is boosted as it drives into cool, shady undergrowth.

◦ The air is compressed at the engine inlet, ensuring better filling under all operating conditions.

◦ The variable value of this intake pressure is commonly referred to as “turbo pressure” because the turbocharger’s operation drives it.

Briefly, the turbocharger is composed of two-bladed wheels, connected by the same axis:

– the turbine, located in the exhaust duct, is driven by the flow of exhaust gases;

In addition to these 2 elements, there is a third element: the wastegate.

– Under the turbocharger effect, the air pressure increases, the better quality combustion increases the engine’s rotational speed and therefore the flow of exhaust gases, which amplifies the air pressure, etc.

– To avoid engine runaway, it is, therefore, necessary to regulate the intake pressure: this is the relief valve’s role.

– It is controlled pneumatically.

◦ The maximum prescribed pressure diverts the exhaust gases through a valve, spool, or vanes through a bypass channel.

◦ The turbine is no longer driven by the exhaust gases, the pressure in the intake duct drops.

Turbo pressure adjustment is, therefore, the change in the value of the maximum intake air pressure.

This post will now continue in part 2 in our next publication during this week itself. Stay posted, and remember to leave your comments below.