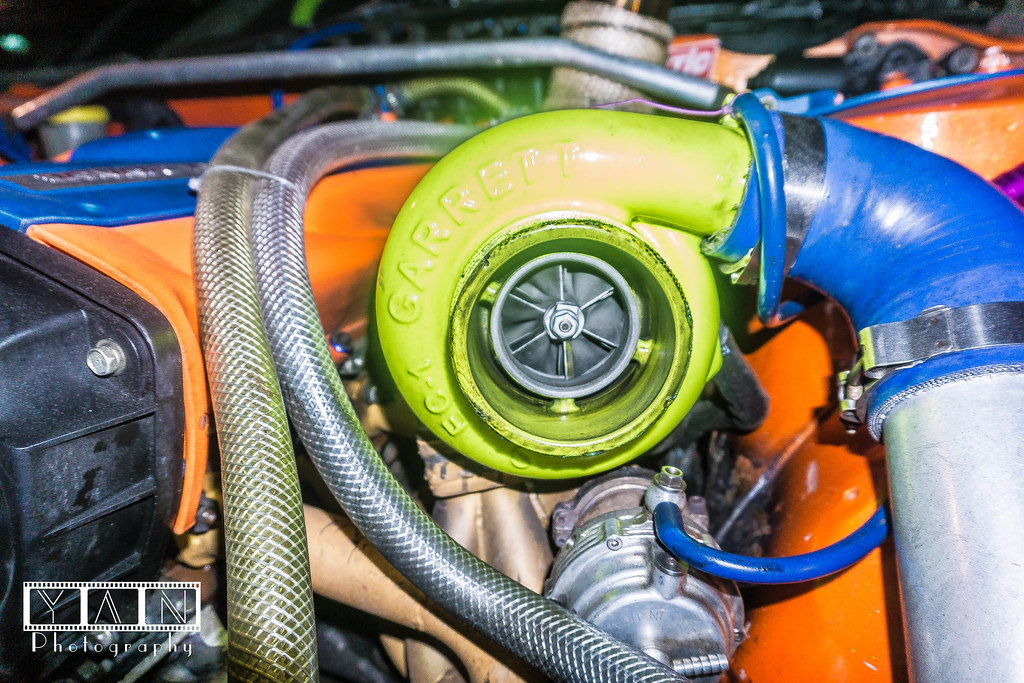 – Role of the dump valve

– Which evolution for the dump valve?

– Should I fit a turbo dump valve on my diesel car

The dump valve is an additional device to be installed on the air intake for turbocharged gasoline engines. This post tells you what exactly is it used for?

Note: do not confuse the dump valve with the wastegate. This turbocharger component limits the air intake operating pressure (turbo pressure).

Role of the dump valve 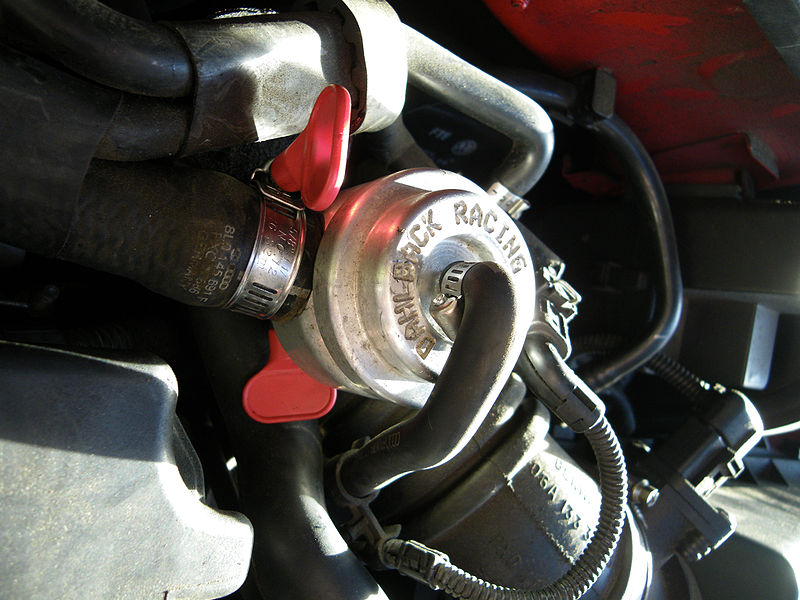 The purpose of the dump valve is to reduce the turbo’s air pressure during sudden deceleration.

First of all, let’s take a look at how the turbocharger works:

The aim is to increase the engine’s filling capacity, i.e., increase the mass of air drawn into the cylinders and improve combustion.

When the turbocharger is running, air pressure of 1 bar is built up in the intake pipe. When a sudden deceleration occurs, the throttle valve closes. The turbocharger continues to operate due to its inertia, resulting in an overpressure that can reach 1.8 bar.

This causes back pressure, which will force the compressor to change direction and the rotor to spin in the opposite direction. As a result, the turbocharger and air intake hoses will deteriorate.

The compressor rotor, which would have a residual rotation speed and be used more rapidly during re-acceleration, will relieve this excess pressure with the dump valve installed between the turbocharger and the throttle valve, resulting in a shortened turbocharger reaction time.

The dump valve consists of a body enclosing a piston or a membrane with a calibrated spring:

When the pressure exceeds the set value corresponding to the spring setting, the piston slides and uncovers an orifice allowing the pressure to drop to the open air or the other side of the throttle (for systems with recirculation).

At this moment, the valve emits a characteristic sound appreciated by tuning and mechanical fans.

Which evolution for the dump valve?

Some dump valves are electrically controlled and are similar to solenoid valves. This type of dump valve can be adapted to a diesel engine, which does not have a throttle valve by design. The dosage is determined by the quantity of fuel injected, determined by the gas pedal position, the pressure sensor or flow meter, and the engine speed in particular.

Should I Fit a Turbo Dump Valve on My Diesel Car?

Technically, the dump valve grafted onto a diesel engine is of no interest. Since the latter does not have a throttle valve, the problem of excess pressure does not arise. Installations of this type are more a matter of wanting to “tune” your vehicle.

Price of the dump valve

The price is approximately $150 for external dump valves and $250 for electrically operated valves.