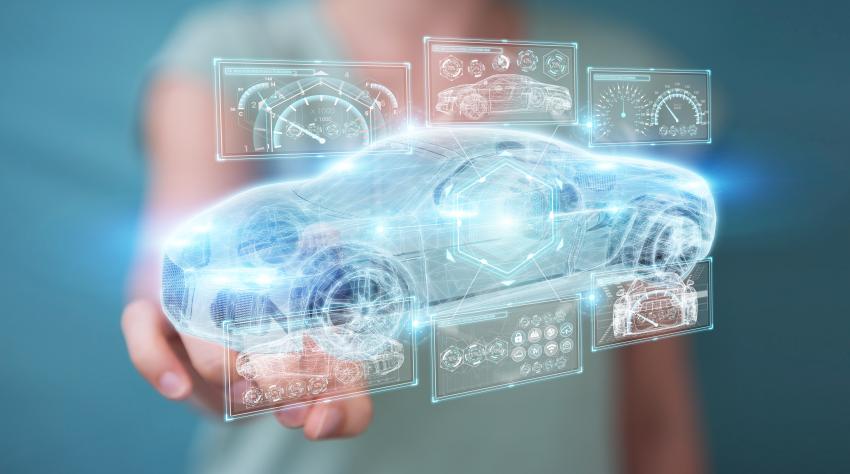 The rapidly changing landscape of the automotive industry means that the latest advances in technology are only as good as the next thing in the pipeline. The auto industry constantly brings out innovative new features, whether they be for safety, entertainment or simple quality of life. Some of these truly exciting technologies could not only revolutionize the car industry, but the whole human transportation as a whole.

So, what’s in store for future cars? We have no way of knowing for sure, but based on what’s currently on our roads, as well as prototypes being tested, we can extrapolate on some of the new technology that will hit our roads in the near and distant future. Some will increase the safety of our vehicles; others will give us information in never before seen ways and yet others will enable us to simply kick back and enjoy a smoother ride.

Let’s have a look at 5 of the more exciting innovations we could be looking forward to sooner or later:

5. Cars that communicate with each other and the world around them

While it would be incredible to imagine cars holding a conversation a la Cars or Knight Rider, we are actually talking about a developing technology called Vehicle – to – Vehicle Communication, or V2V that is being tested by manufacturers like Ford to reduce the number of accidents on the road.

V2V works by using Wi-Fi signals to send information between cars about where they are, how fast they are travelling and their direction, in an attempt to maintain a safe distance from one another and to determine the best evasive action to be taken in case another car crosses the first car’s projected path. Studies have shown that this technology has the potential to cut down accidents by around 79%. In the same vein, V2I (Vehicle-to-Infrastructure) is being tested to allow vehicles to communicate with things like traffic lights and signposts to improve safety and map out optimal routes through traffic.

We already have this technology in the form of Goggle Cars, which have already travelled more than 200,000 miles of California and Nevada public highways and roads. In some of Google’s tests, the cars learned the details of a road by driving on it several times, and when it was time to drive itself, it was able to identify when there were pedestrians crossing and stopped to let them pass by. Self-driving cars could make transportation safer for all of us by eliminating the cause of 95 percent of today’s accidents: human error!

Although mass-produced self-driving cars may seem far off, several car manufacturers have already created their own prototypes and believe that we may see some type of self-driving car in showrooms within the next decade.

We are now descending into videogame territory for our next feature. Fans of the Deus Ex/ Halo games or the upcoming Cyberpunk 2077 will have heard of Augmented Reality, or AR for short. This form of display overlays information on what is visible to you in real time – a bit like the T-800 in the Terminator movies, or Iron Man for the Marvel Cinematic Universe.

BMW have already experimented with a windscreen display that shows basic information, and are now working to implement augmented reality dashboards that will be able to identify objects in front a vehicle and tell the driver how far they are away from the object. The AR display will overlay information on top of what a driver is seeing in real life. This could actually help to avoid collisions, and also highlight what lane you need to be in and where to turn without you needing to take your eyes off the road.

AR is also being researched for passengers as well. Toyota has produced working concepts of their AR system that would allow passengers to zoom in on objects outside of the car, select and identify objects, as well as view the distance of an object from the car using a touch-screen window.

Mercedes is experimenting with airbags that deploy from underneath the car that will help stop a vehicle before a crash. The airbags are part of the overall active safety system and deploy when sensors determine that at impact is inevitable. The bags have a friction coating that helps slow the car down and can double the stopping power of the vehicle. The bags also lift the vehicle up to eight centimeters, which counters the car’s dipping motion during hard braking, improves bumper-to-bumper contact and helps prevent passengers from sliding under seat belts during a collision. What gives this kind of airbag potential as a future technology is that it uses existing vehicle safety systems.

Hybrid cars are becoming more widespread, and it is estimated that close to half the world’s new cars in 2040 will be hybrids. While this is great news for the environment, one of the biggest drawbacks of hybrid technology is the size and weight of the batteries.

To overcome this issue, a group of European car manufacturers have banded together to research and test body panels that are made of polymer fiber and carbon resin that can store energy and charge faster than conventional batteries. These panels can potentially cut out up to 15% of the car’s weight.

Japanese giants Toyota are also looking into similar panels but are taking it one step further by looking into panels that will absorb and store solar energy to reduce electricity consumption as well.

Whether future body panels collect energy or just store it, automotive companies are looking into new ways to make our cars more energy-efficient and lightweight.

Which of these improvements are you most excited for? Are there any others that we have not mentioned here? Share your thoughts in the comments below!